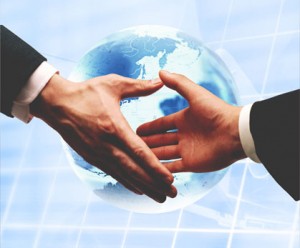 The EU is leading a broad expansion and modernization of its already extensive PTA network with recent agreements with Vietnam, Canada, Japan and maybe soon, Argentina, Brazil, Paraguay and Uruguay (Mercosur), among the most prominent. The EU appears to be trying to build a “proprietary trading bloc” to advantage members and disadvantage outsiders. In such a trading arrangement, the bloc is dominated by a leading member, and can be used in mercantilist contests against other major economies.

Similarly, Japan has played an influential role in the revival of TPP after the U.S. withdrawal. With just the suspension of a few provisions, the TPP, presently renamed the Comprehensive and Progressive Trans-Pacific Partnership (CPTPP), will be marked this month by every one of the original 12 countries excluding the U.S. It will deliver de facto 18 new PTAs between CPTPP members — but will be dominated by the Japanese economy.

In addition to these moves by the EU and Japan, China has launched the Belt and Road Initiative (BRI), an ambitious project to improve Chinese-led regional economic integration and connectivity on a transcontinental scale. It is above and beyond typical PTAs. It includes “hard” infrastructure along six overland corridors, and the 21st Century Maritime Silk Road; “soft” infrastructure, such as the financial system, to enhance efficiency and facilitate economic flows; and policy reforms and institution-building to promote trade and foreign direct investment among the BRI countries.

Racing to keep up, other regions are also actively engaged. African countries will be signing the Continental Free Trade Agreement (CFTA) next March, expanding on the regional economic communities to liberalise trade. And in Latin America, there is an extraordinary fervor around the potential Mercosur-EU agreement and the continued strengthening of the Pacific Alliance, encompassing Colombia, Chile, Mexico and Peru, who are now negotiating “associate membership” with Australia, Canada, New Zealand and Singapore.

On a global basis, the resulting overlapping layers of trading arrangements greatly increase the complexity of production planning (among other operations) for companies operating across multiple trading blocs. And while trade within each bloc may grow, trade across proprietary trading blocs may suffer — especially if it threatens the interests of the dominant member.

For companies whose supply chains and/or production networks span trading blocs, now may be a good time to revisit your strategy (especially production strategy) as the right level of flexibility may be the key to profitability (and competitive advantage).